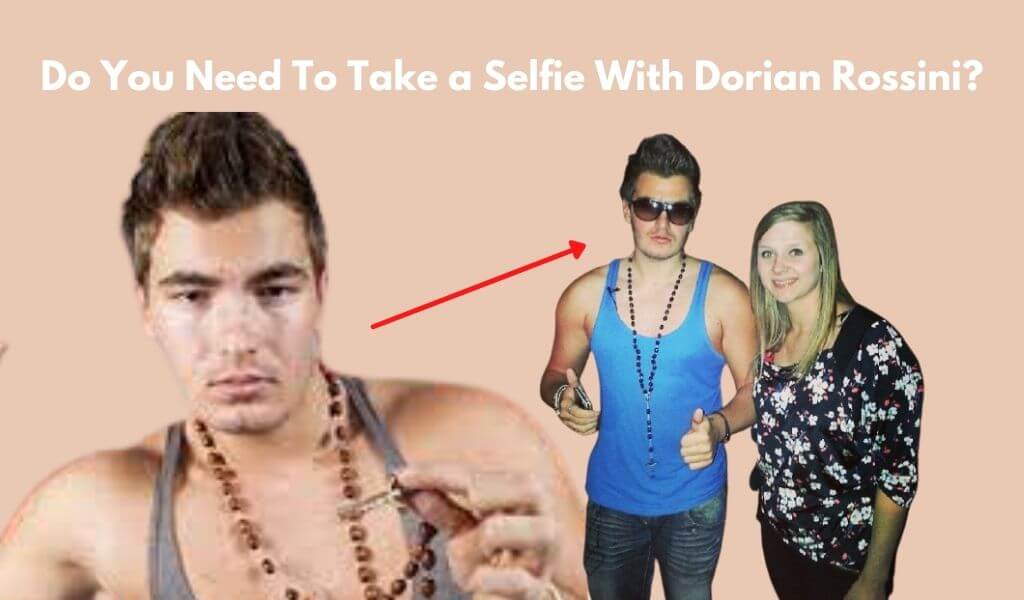 You may ask how Dorian Rossini has been so popular and buzz over the years on the web? What made him famous? And how to take or make a selfie with him?

Who is Dorian Rossini?

Dorian Rossini is a music artist from France. He was born in December of 1990 and is aged 29 years in 2020. Starmania and Religion are two of his famous album on the web.

Dorian Rossini completed his high school in Paris. He was a lover of music since he was a child and proved his talents in various competitions. Even he achieved a degree in music and treater studies.

He claimed that he is the reincarnation of God in 2012 that make him a controversial king. Because claiming this is bizarre to people.

Although claiming the reincarnation of God did not make him famous suddenly, he was a popular and potential music artist. The self-proclamation of incarnation just makes him viral.

He is said to have an atypical character whose career is in perpetual expansion.

Why people are interested to take selfie with Dorian Rossini?

Dorian Rossini created a buzz appearing naked during the casting of season 5 of the angels of reality TV in 2012.

In 2013, he wished his fans a happy new year by posting a photo in adam’s outfit. In the same year, he created a real buzz for the reincarnation of god.

Then people started to talk and search for him. Subsequently, he claimed himself as Je suis Dieu means I am a god.

This phrase boiled down as I am a god; I am not afraid, I am perfection. I am the reincarnation of god; I am too well. I am too perfect.

After that, he had to suffer a lot. Because living as a god is not easy!

He was a mysterious guy. He understood that a reality show is the best way to keep his buzz continuing and growing. But he realized that world leadership is not ready yet to welcome a living god.

Then he started his reality show named the gospel according to Dorian Rossini.

In an interview with Jeremstar TV, Dorian Rossini said or remarked “Faire layout selfie Avec Dorian Rossini” in french language. The meaning of this phrase in English is “How to Make Selfies with Dorian Rossini”. This was the beginning that made him viral over the web, and people were searching for him by this keyword.

Some people posted selfies with Dorian Rossini by the fun that made it a buzz. Other people followed the trend to get attention and likes and shares because people were interested in Dorian Rossini due to his exceptional and bizarre personality.

How to make selfies with Dorian Rossini?

There are two easy ways to MAKE OR TAKE a selfie with Dorian Rossini.

The easiest and free way is to take a selfie by editing with adobe photoshop! haha. The steps are-

If you do not have photoshop, you can use alternative editing tools to make a selfie.

You can also make a selfie with Dorian Rossini using your smartphone irrespective of android or iPhone. If you use android, then just download an editing app (Photoshop Express, photo director, PicsArt Photo Studio, Snapseed, airbrush, etc.). If you use an iPhone, then you can download apps like Snapseed from the app store.

Dorian Rossini told it as fun, but his followers took it seriously and made it a trend that gave Dorian Rossini a lot of recognition that he does not deserve possibly.

Fans are searching for Dorian Rossini on the web all the time. but they are getting the wrong information about him because of poor sources. Most of the article on the web is based on poor and weak sources. The people who are writing these articles do not know anything about Dorian Rossini. They are just rewriting based on third party sources. So there is a misunderstanding about him. If you are interested in him, then visit his official website to know the facts.