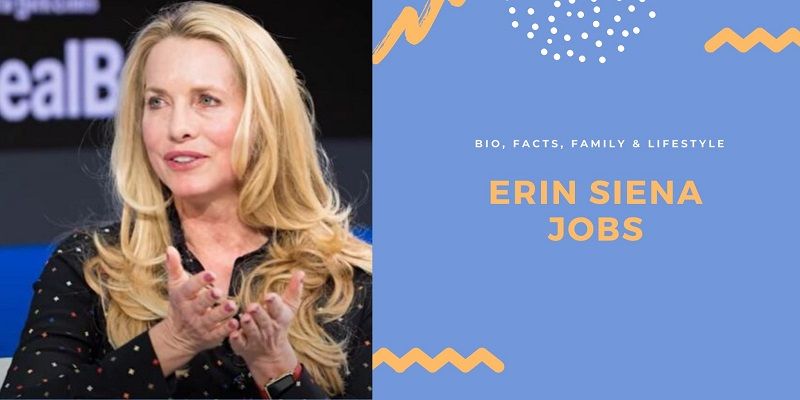 Erin Siena Jobs as we all know is the daughter of the famous Steve Jobs. Erin Siena Jobs, born August 19, 1995, is the first daughter and third child of her mother Laurene Powell Jobs.

Erin Siena Jobs is the daughter of the famous American entrepreneur, a business tycoon, an inventor, and also an industrial designer. She was born on the 19th of August, 1995 in California. This makes her approximately 25 years this year.

Here are a few facts about Erin Siena Jobs:

Her siblings Eve (younger sister) and elder brother Reed all grew up together. Erin Siena Jobs also had a step-sister Lisa Nicole Brennan Jobs as a result of her late father’s early association with Chrisann Brennan. Erin Siena Jobs is very much reserved with her daily activities and enjoys living a quiet lifestyle.

However, she possesses a skill in architecture and design having graduated from Stanford University,  most people feel she got that trait from her late father who also has a passion for designs. By the time she was born, her father, Steve Jobs was already a co-founder of Apple Inc.

He later left the company to form his own American computer and software company ‘NeXT’. The said company ‘NeXT’ later joined Apple Inc and her father, Steve Jobs was now the Chairman and CEO of Apple Inc at about February 1997 when Erin was very much a toddler.

As it is well-known fame comes with a lot of attention and scrutiny which Erin was well aware of and tried to maintain a modest form of living. Her two siblings Reed and Eve were born in September 1991 and May 1998 respectively. Her elder step-sister, Lisa was born in 1978

Erin’s’ father had a bit of controversy by denying his daughter Lisa Brennan Jobs. His on and off relationship with Lisa’s mother, Chrisann Brennan made him feel he wasn’t the father. After years of denying the paternity of his daughter, Lisa, he was then forced into a legal battle which led to him carrying out a DNA paternity test, of which when the result came out, he has confirmed the father. After which, Steve Jobs reconciled with Lisa and changed her name from Lisa Brennan to Lisa Brennan Jobs based on her request.

Death Of Her Father Steve Jobs

Erin Siena Jobs much later lost her father as a result of an ailment that he has been battling. He passed on October 5, 2011, with a respiratory failure that he treated way back in 2003 which was medically linked to the relapse of a pancreatic neuroendocrine tumour.  After his death, her mother was tasked with inheriting and managing the Steven P. Jobs Trust.

Erin’s family was ranked the 44th position among the billionaires universally by Forbes in 2016. However, Erin’s net worth lies between $1 million- $5 million.

Erin’s mother, Laurene Powell Jobs was voted in the technology industry as the wealthiest woman. Despite the enormous riches the family possessed, Erin and her siblings lead a reserved life.

Erin is a very quiet person, and a little bit of an introvert and prefers being kept under the radar. She and her father not only both left a private life, but also she had an emotionally distant relationship with him.

Although she picked up her father’s skill in design and architecture, she never really succeeded in having a sniff of the genius ideas. A rare photo of her in a public appearance was in 2017 when she was spotted having a good time in a luxurious yacht vacation close to the Italian island of Ponza.

Erin is an Italian food lover, and her favourite holiday location has always been Miami. She is also a fan of Emma Watson and Johnny Depp. Erin enjoys listening to music, travelling, swimming as part of her leisure activities. Erin is currently not active on any social media platform but, there has been an unverified Twitter account bearing her name.

Having lost his dad, Reed jobs has dedicated his time to carrying out cancer research at Stanford and studied oncology.

What Was It Like To Study With Steve Jobs’ Son Reed Jobs at Stanford?

Why did Steve Jobs forgive his biological mother for giving him up at birth but not his father?

His biological parents met at the University of Wisconsin at Madison as 23-year-old students. His father never agreed to put him up for adoption, but his mother’s parents didn’t buy the idea of marrying an Arab. Steve Jobs father felt by trying to reach out to his son, Steve might sense he was just after money, and so he kept his distance. The real reason why he really didn’t forgive his father remains unknown.

Is it true that Steve Jobs didn’t let his child/ children have an iPhone till they turned 16?

Yes. Steve Jobs prohibited his kids from having a phone until they turned 14. The Apple CEO also did not allow his children back then access or even use the released iPad as revealed in the New York Times in 2011.

Who is Steve Jobs Children?

Steve Jobs Children are:
-Lisa Brennan Jobs (born 1978)
-Reed Jobs (1991)
-Erin Siena Jobs (1995)
-Eve Jobs (1998)
Erin Siena Jobs and their siblings are very much united and go about their daily life in a reserved and appropriate manner. Each one of them has various interests and passions as well. The introvert of them all, Erin, is very much guarding her personal life and hasn’t revealed if she is currently dating anyone, unlike her sister comes out a bit more to reveal things like her relationship with Mexican American Eugenio Garza Perèz, a student in Miami.