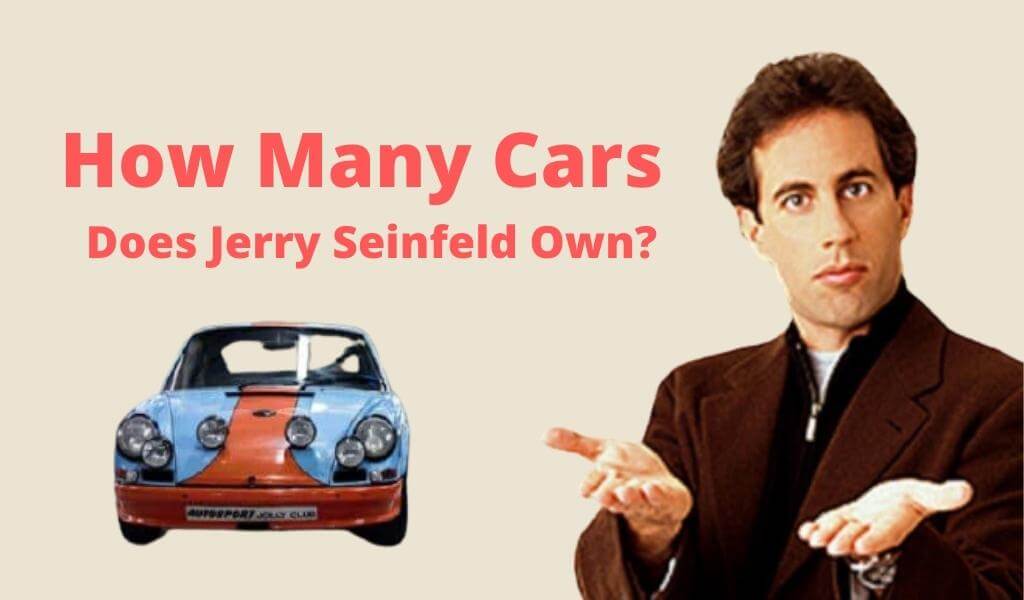 If you have watched “Seinfeld” you should know the star of the show, Jerry Seinfeld, who played a semi-fiction role of himself. While the show was semi-fiction there was a lot of things that were common between his role and his real-life persona.

Back in 1999, we got the first glimpse of his garage. It was located near his house in West Central Park, New York. Apparently, it took five years to transform the subterranean five-storied building so that it could house most of its automobile collection.

It has even got an 850 square feet room so that he could enjoy the sight of his cars while drinking his favourite cup of coffee, freshly processed. In fact, Seinfeld has a love for coffee, as much as he has an undying affection for cars.

Who is Jerry Seinfeld?

Jerry Seinfeld is a famous writer, sitcom actor, producer and director of American origin. He is best known for his in Seinfeld in which he both acted as the lead actor and contributed by writing along with co-worker Larry David.

How many cars does Seinfeld own?

Seinfeld is known for his love for cars; so much as that he would go to great lengths to protect his current collection while buying more by any means.

As a huge car enthusiast, Seinfeld has a total of 150 cars valued at 50 to 150 million USD. While most of them are Porsches, which is believed to be Seinfeld’s personal favourite brand, there are Lamborghinis and Volkswagen inclusive in his collection. While most of them are stored in his West Central Park garage, other hideouts for these cars also exist.

Of all car brands, Seinfeld owns the most Porsches. This is one of the few limited edition cars that was produced in an old sawmill in the Austrian town of Gmünd. It is completely hand-built and moulded into shape by hammering aluminium. The 356 was made mostly using VW parts and is completely original. In fact, it was what laid the grounds for the 911 series.

In one of his interviews, Jerry Seinfeld said that he loved this car for no reason other than the fact that it gives the same feel of mysteriousness, that a space alien saucer would give.

Fun fact, this is the same car model in which James Dean was killed while he was driving. Although it has a very mediocre engine, the 550 is one of the only 75 cars that were built in 1995 with a 1.5 litres capacity engine that gave the car a top speed of 140 mph.

Since this was the first racing car line in the Porsche brand, this car was dubbed as the “Giant Killer”. Unfortunately, Jerry sold this car in a 2016 auction for 5.3 million USD.

This car was originally owned by Ferry Porsche himself and was later sold to Seinfeld for$400,000 during the late 90s. When he first brought it, this car had a lot of work to be done due to the fact that it was very old and not well-maintained.

Seinfeld spends about $250,000 over a period of 5 years to finish the project. He had even sent it over to Germany for some specialized repairs. According to Seinfeld, this model of Porsche is can be considered to be his favourite. It is showcased at the very centre of his main garage.

In 2016, Seinfeld raised a lot of questions when he sold about $22 million worth of cars in an auction. One of the most interesting automobiles to appear in this auction is the Volkswagen Camper. Despite the fact that it was sold at the lowest price of $100,000 this car is a convertible camping RV, rather than one of the usual sports cars in Seinfeld’s collection.

After selling it off, Seinfeld admitted that the car has a lot of sentimental value for him since he used to go camping with it along with his friends. They were even arrested once for placing lemonades on the window stills illegally. That is also the reason why he sold it off cheaply instead of looking for a more expensive buyer.

Interesting fact, this car is illegal to drive in the United States. In fact, till a few years ago it was even illegal to own it, due to the issue that German manufacturers were not submitting enough units to the USDOT safety and emissions tests.  As a matter of fact, even Bill Gates tried to smuggle it into the country. While he failed, Seinfeld succeeded.

Even though Seinfeld cannot drive it, it is still showcased for display in his garage as one of the world’s only 200 Porsche 969 cars.

This small and petite car is one of the most used cars in Seinfeld’s collection. In fact, it was even used in his shows, especially the part where he had trouble getting out in New York City’s West Village on a random Wednesday show. This 59-year-old car is estimated to be around 300 million USD.

This is one of the earliest cars that Morgan Motors ever made in their production. It was an improved version of the previous 44 models, with a much stronger engine. Originally this Morgan plus 4 was disbanded due to many issues with stability; however, Seinfeld managed to get his hand on it.

Jerry Seinfeld would often joke about this car, that it could be a perfect ride with a four-speed gearbox since you had on to have to worry about termites. The only thing you had to worry about was the termites.

What is the most expensive car that Jerry owns?

The most expensive car under Jerry’s ownership is the 1955 Porsche 550 RS. Its value is well over 3 million USD and continues to rise till this day.

What worth of car did Seinfeld auction off?

Seinfeld auctioned off 22 million USD worth of cars from his garage in the 2016s.

How many Porsches did Jerry Seinfeld have?

Jerry Seinfeld had a total of 46 Porsches in his collection. Right now he has only around 40 of them after auctioning about 6 of them.